How to Link Pan Card and Aadhaar Card

PAN Aadhaar linking is mandatory for all taxpayers. As per a GOI notification, from 1st April 2019, it is mandatory to link Aadhaar to ITR as well as provide the Aadhaar number while filing the ITR, unless exempted. Henceforth, a taxpayer cannot file their income tax returns without doing a PAN Aadhaar link.

As per the ruling of  The Honourable Supreme Court of India, PAN Aadhaar link has become mandatory for all Indian taxpayers. This decision was a part of the verdict about the constitutional legality of Aadhaar, its usage in ITR and other verification purposes. The Supreme court, in its verdict, said that filling the Aadhaar number is mandatory while filing income tax returns. Thus, it has become crucial to do PAN card link to Aadhaar in addition to Aadhaar card link with mobile number. Nowadays, the Aadhaar number is required while applying for a new PAN card itself.

According to the notification by CBDT (Central Board of Direct Taxes), dated 30th December 2019, the final date for PAN Aadhaar link was extended by three months, i.e. till 31st March 2020. Thus, every Indian taxpayer has to link PAN with Aadhaar. If any individual fails to do a PAN Aadhaar link, their PAN number will stop being operational from 1st April 2020.

Through the notification dated 13th February 2020, the Government of India has clarified what would happen next when the PAN is deemed non-operational. As per the notification, the PAN card of those taxpayers, who link Aadhaar with PAN after 31st March 2020, would become operational from the day the taxpayer does the Aadhaar card link.

Also, from 1st April 2019, it is mandatory to link Aadhaar to ITR as well as provide the Aadhaar number while filing the ITR, unless exempted. Henceforth, a taxpayer cannot file their income tax returns without doing a PAN Aadhaar link.

While there are other ways to link mobile number to Aadhaar card online, to understand how to do a PAN Aadhaar link online, read the two ways outlined below:

Taxpayers registered with the e-filing portal 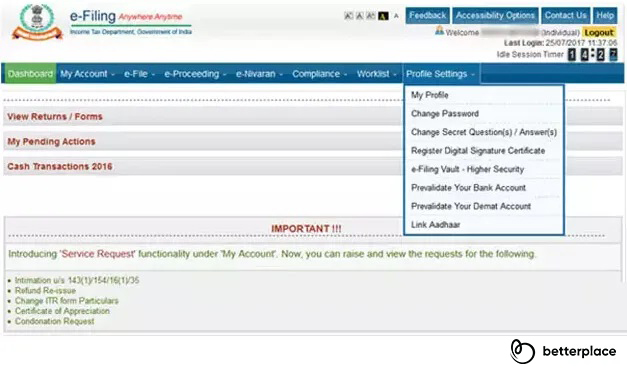 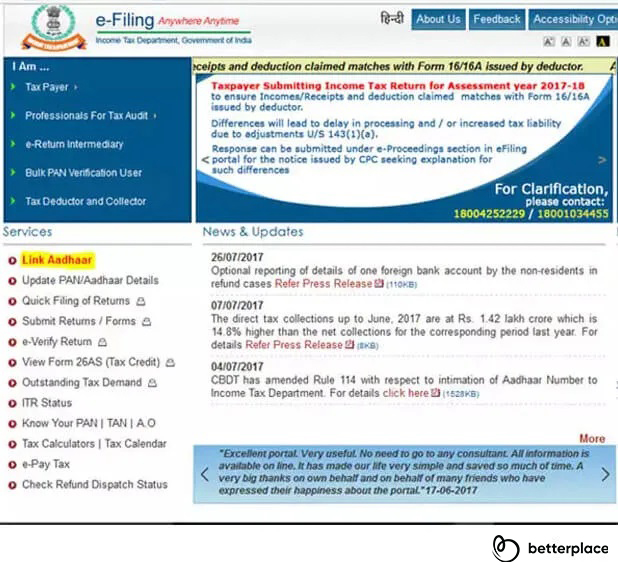 Now an individual can link Aadhaar and PAN by sending an SMS to NSDL e-Governance Infrastructure Limited or UTIITSL (UTI Infrastructure Technology And Services Limited) by following the below steps:

Subscribe to get the latest news and happenings around recruitment space

Please hold while we process the request.

Be Up to Date with HR Trends